Embark In A Divine Quest To The Spiritualism Of Greek Religion

In searching about our next holiday to Greece, we will most possibly use the keywords sun, sea, beach, sand, nightlife, honeymoons and many similar to those which truly connote to a superb summer vacation where the weather is always fair and the people are hospitable. 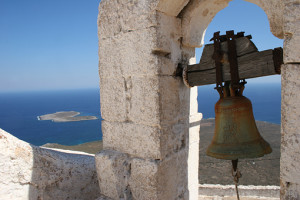 Greece cherishes two more keywords that are of immense significance to its course through history and the eternal passing of time. And those are none other than religion and heritage. You are planning to visit a country which withholds a voluminous religious heritage dating back to the antiquity.

What is truly remarkable though, is the abundant spirituality of the country’s religion. It is the religion that kept the identity of the Greek nationality strong during centuries and centuries on end, under the occupation of peoples of totally different race and beliefs. 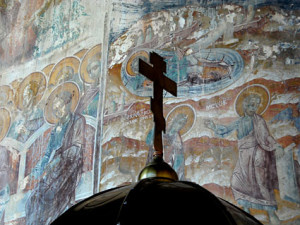 Greek Orthodoxy remains strong and manifests its inner beauty through thousands of churches, chapels and monasteries that date back to the 17th and 18th century -if not further back- thus, constituting phenomenal specimens of religious heritage either due to their peculiar location -which sometimes is absolutely phenomenal- or due to their exterior construction and their rich interior as far as hagiographies, wall paintings and precious or sculpted altars is concerned. 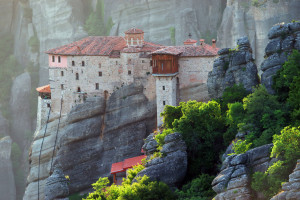 Even if you are not religious, this type of tourism is constantly gaining enormous interest from all types of visitors arriving from all corners of the Earth.

Apart from the plethora of the religious temples dotted across the country, the Greeks manifest a wide selection of folkways, traditions, customs and celebrations that add on to the already strong ambience of spirituality, mystery and meaning… 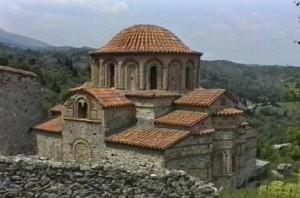 Hellenic Holidays prepares with care a variety of packages that will bring you in contact with the spirituality and sentiment emitted from Greece’s religion. Holiday packages that will get you acquainted with the architecture and art demonstrated by temples and monasteries plus the nature portraying the stunning locations where most religious sites are positioned in.The two major religious celebrations in the summer season (April to October) are the Greek Orthodox Easter – which is a movable public holiday usually between mid-April to beginning of May – and the Assumption of Virgin Mary on the 15th of August. 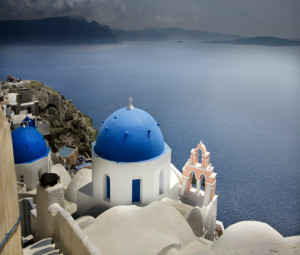 Hellenic Holidays specialises in top religious sites in Greece which are also appealing for nature lovers and architecture enthusiasts.

Plan your trip to the capital city, Athens that presents visitors with a plethora of impressive churches and admirable monasteries. The Greek insular complexes of the Dodecanese and the Cyclades, alongside the largest island in Greece, Crete, also constitute poles of attraction of religious and pilgrimage interest.

Discover the wealth of the religious heritage that has been embodied upon churches and monasteries for centuries. Embark to a wonderfully divine quest and feel the spiritualism transverse your body and soul…