Call us
Home / Blog / Greece: A Winter Wonderland Waiting to be Explored

Greece: A Winter Wonderland Waiting to be Explored

The mention of Greece conjures up images of sandy white beaches and sparkling blue waters under sun-drenched skies. But the secret in plain sight is that this blessed country offers some of its best features outside the tourist-crazed summer season. Greece in winter is a land of glorious walks with open vistas, uncluttered ancient sites and bustling city life. When the cascade of summer tourists have left, winter becomes the best time to see some of Greece’s most beautiful places.

Ever since it was first settled in the 8th century BC, Corfu, or Kerkyra in Greek, has attracted visitors and settlers alike with its untamed beauty and strategic position in the Mediterranean. It was a seat of high learning in the early days of modern Greece, with cultural institutions such as libraries and academic centers. To this day, locals remain fiercely proud of their intellectual and artistic roots, a legacy visible from its fine museums and rich cultural life.

While the northern part of the island, especially Kerkyra Town, is overdeveloped with resorts, cafes, clubs, the island is big enough to easily escape the crowds. Venture up the woody mountain, studded with lush cypress trees and explore pristine villages fringed with olive groves. 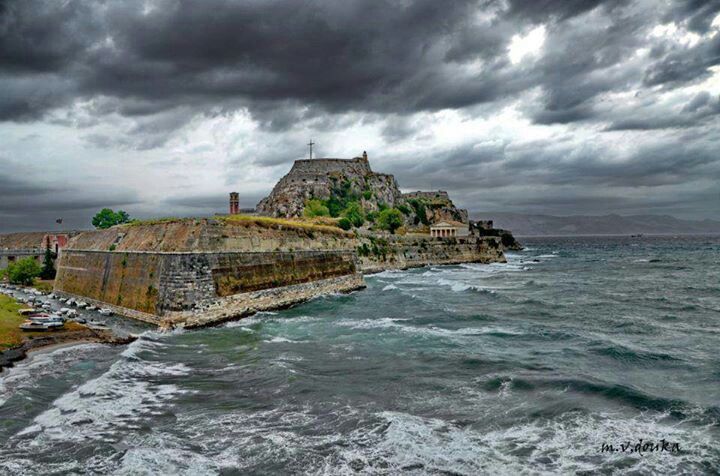 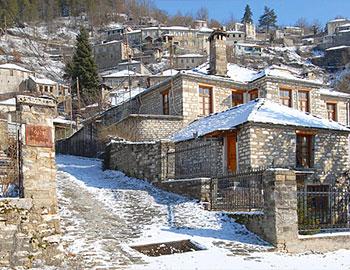 Solitude-seekers will delight in Zagorohoria’s tranquil villages, such as romantic Dilofo, traditional Kipi and barely visited Negades. But most visitors either head for romantic and rugged Monodendri, embark on outdoor adventures from Kato Pedina, Ano Pedina and Aristi, or navigate precipitous mountain roads to the Papigo villages.

Although time and emigration have depopulated many villages, boutique and environmental tourism have allowed savvy locals to prosper by converting mansions and smaller traditional homes into inviting guesthouses. Hikers also come for the immediate proximity to the Vikos Gorge and other mountain routes.

After Constantinople was conquered (first by the Crusaders in 1204, later by the Turks in 1453), noble Byzantine families fled here, safeguarding their Greek culture and traditions. The Ottomans also gave the locals special privileges and autonomy in exchange for guarding the mountain passes. The locals thus became quite wealthy and also worldly, creating a cultured diaspora in centres of learning and commerce in early modern Europe.

The World Heritage–listed Meteora is an extraordinary place and one of the most visited in all of Greece. The massive pinnacles of smooth rock are ancient and yet could be the setting for a futuristic science-fiction tale. The monasteries atop them add to the strange and beautiful landscape.

Each monastery is built around a central courtyard surrounded by monks’ cells, chapels and a refectory. In the centre of each courtyard is the katholikon. 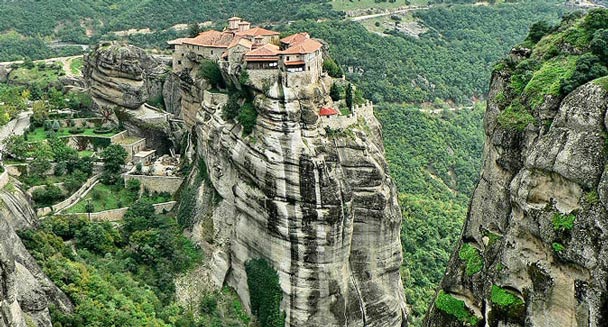 The geological heart of Meteora is considered the Adrakti , or obelisk, a striking column visible from everywhere. Nearby, on the east-facing side of the Pixari rock face, look for the cave chapel of Agios Antonios. To the left of the chapel, in the hollows and cavities of the rock face, are the Askitaria (cave hermitages), complete with hanging ladders and nesting doves. The Askitaria were occupied until the early 20th century by solitary monks, and they remain a testament to the original spirit of Meteora.

Hellenic Holidays offers many packages that include these destinations, with handpicked locations to visit and accommodation to stay. If you wish to create your own package, we can help with that too! Visit our packages page for more information.