Pack your bags, you are off to Greece!

Welcome to Athens! Upon arrival at Eleftherios Venizelos International Airport, you will be greeted by your Hellenic Holidays transfer representative, who will drive you to your hotel. Enjoy the remainder of your day exploring Athens. You might stroll the old neighborhoods of Plaka, which mingle old & new Athens or explore the vibrant neighborhoods of Monastiraki and Kolonaki.

After breakfast, your exploration of the modern and classical sights of Athens, will begin with your full day sightseeing tour of Athens. The tour will include visits to the Acropolis as well as the Propylea and Acropolis Museum. After lunch you will continue on your tour toward Cape Sounion, the Temple of Poseidon. Cape Sounion dominated by the spectacular Temple of Poseidon overlooking the Aegean sea. Sounion has been a sacred site since very ancient times. The “sanctuary of Sounion” is first mentioned in the Odyssey, as the place where Menelaus stopped during his return from Troy to bury his helmsman Phrontes Onetorides.

After breakfast, your classical tour begins. You will begin along the scenic coast, until you reach the Corinth Canal. The Canal is a junction of international sea transport, serving ships coming from the western Mediterranean en route to the eastern Med and Black Sea ports and vice-versa. You continue along the coastal road to Epidaurus. The Theatre of Epidaurus is quite well-preserved. Apart from a few rows of seats, the cavea is made of limestone with porous staircases. You continue to Nafplion for a quick stop, then on to Mycenae. Mycenae was the kingdom of mythical Agamemnon and was the most important and richest palatial center of the Late Bronze Age in Greece. In the afternoon, you depart for Olympia where your first overnight will be.

Olympia is the most celebrated sanctuary of ancient Greece, Dedicated to Zeus, the father of the gods, it sprawls over the southwest foot of Mount Kronios. Although secluded near the west coast of the Peloponnese, Olympia became the most important religious and athletic center in Greece. Its fame rests upon the Olympic Games, the greatest national festival and a highly prestigious one world-wide, which was held every four years to honor Zeus. After visiting the archaeological site and the Museum, you then drive through Antirion toward Nafpaktos before continuing and ending in Delphi for your second night.

Situated at the foot of Mount Parnassos, lies the sanctuary of Delphi, the most famous oracle of ancient Greece. The sanctuary of Delphi, set within a most spectacular landscape, was for many centuries the cultural and religious center and symbol of unity for the Hellenic world. After the visits of the oracle and the museum you depart for your visit to Meteora with your last night stay in Kalambaka.

Meteora means “suspended in air” and it soon came to encompass the entire rock community of 24 monasteries, the biggest and most important group of monasteries in Greece after those in Mount Athos. There are no steps and the main access to the monasteries was by means of a net that was hitched over a hook and hoisted up by rope and a hand cranked windlass to winch towers overhanging the chasm. Monks descended in the nets or on retractable wooden ladders up to 40m long to the fertile valleys below to grow grapes, corn and potatoes. The rock monasteries have been characterized by UNESCO as a unique phenomenon of cultural heritage. After your visit, you will head back to Athens, making a quick photo stop in Thermopylae. From there you will be transferred to the airport for your flight to Crete.

After all this touring, spend your day today relaxing at one of Crete’s endless turquoise beaches or explore the deep history and culture of the island.

After breakfast, enjoy a private tour of Knossos Palace. Your driver will pick you up from your hotel and transfer you to the main center of the Minoan Civilization, before visiting the Archeological Museum of Heraklion. Continue your exploration through the city with stops at the Old Port, the Venetian Walls, the Municipal Market, the Castle or Koules, museums, churches, fountains, and shops of your preference.

Your last day in Greece. Enjoy your last day exploring areas you might have missed, the local beaches or a spa treatment.

Your Hellenic Holidays transfer representative will drive you to the airport for your short flight to Athens connecting to your flight home.

Note: The itinerary we have created above is flexible and can be tailored along with the destinations and activities offered. It represents a sample of the many alternatives that we offer.

Single Rooms: On all itineraries, single rooms are available to book a supplement. Speak to your travel specialist for pricing.

Customize this Journey:  If you would like to customize this itinerary and create a Tailor-Made Journey for you and your companion, please e-mail us or speak to your favorite travel professional. 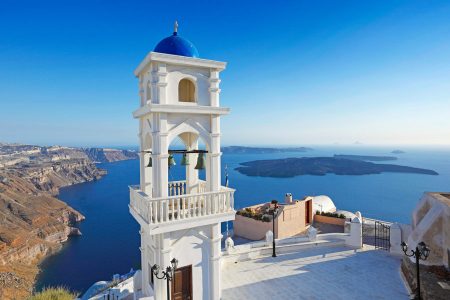 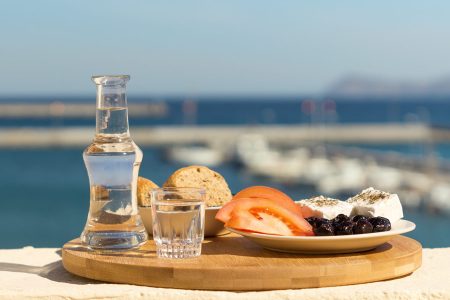 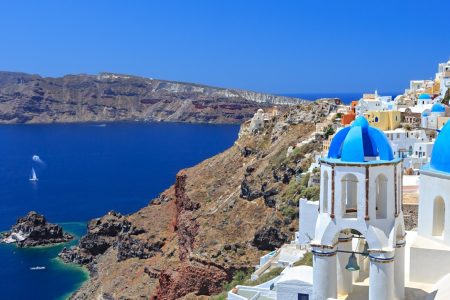